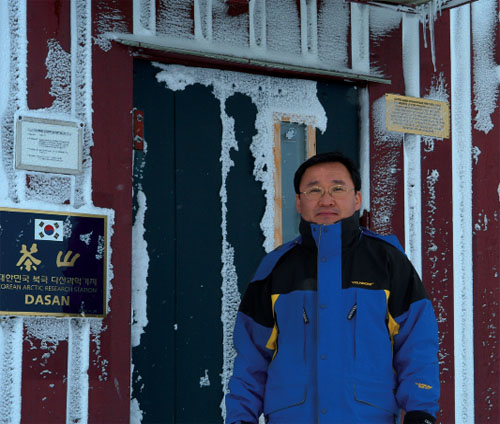 Yeadong Kim is a geophysicist at South Korea’s Ansan Polar Research Institute. He has twice been in charge of South Korea’s King Sejong station on King George Island in Antarctica (1989 and 1996). A specialist in plate tectonics and the earth’s mantle, he is currently studying the impact of global warming on the dynamics of ice on the white continent. He is a guest professor at Japan’s National Polar Research Institute.