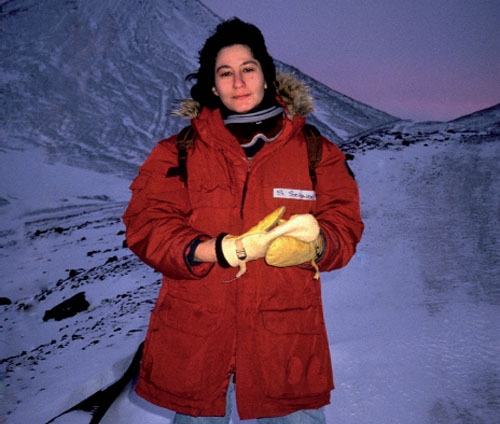 Susan Solomon is a specialist in atmospheric chemistry, known for her work on the physico-chemistry of the hole in the ozone layer above Antarctica. A researcher at the National Oceanic and Atmospheric Administration (NOAA), she led an expedition to Antarctica in 1986/87, where she collected critical data backing up the idea that the hole in the ozone layer was not a natural phenomenon. An Antarctic glacier was named after her in recognition of her work.