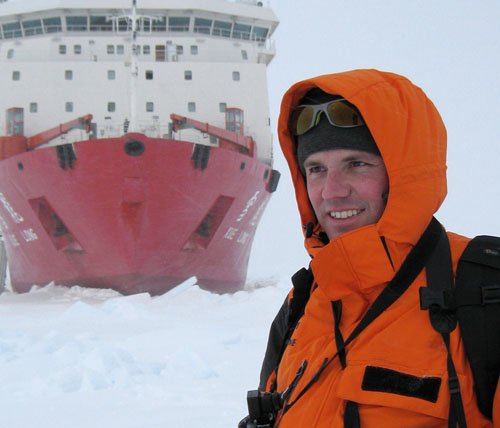 “Untouched by man until the 19th century, Antarctica is now increasingly interwoven into the fabric of globalisation”

Jean de Pomereu is a photographer. After studying Art History in England, he continued his education in New Zealand where he would travel to Antarctica in 2003. He participated to five more expeditions on the White Continent. A journalist for the International Polar Foundation, he became in 2008 the first foreign reporter to accompany a Chinese expedition to the Antarctic, CHINARE 25.