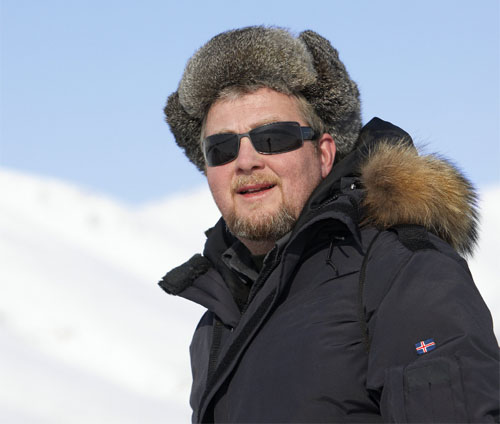 “The rapid melting of the Arctic calls for greater public awareness. Photo reports do make a difference”

Ragnar Th. Sigurdsson is one of Iceland’s leading photographers and an Arctic traveller, specializing in nature and Arctic photography for 20 years. He reached the North Pole in 1995. His latest Arctic travel in 2008 was to Chukotka, Northeast Siberia. He has won several awards and is a member of Polar Circle, a club of seven Arctic photographers, and a member of The Explorers Club which promotes exploration and field sciences.