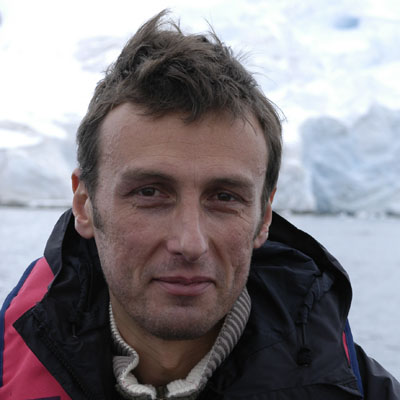 Stanislas Pottier is Head of Sustainable Development at Crédit Agricole S.A since September 2011. From April 2009 to august 2011, he has been Special advisor to Michel Rocard, former Prime Minister and Ambassador of France to International Negotiations on the Arctic and the Antarctic. He was before and since June 2007 Special Advisor to the French Minister for Economy, Finance, Industry and Employment, Christine Lagarde. He held the same position between May and June 2007 when Christine Lagarde was Minister for Agriculture and Fisheries. During that period, Stanislas Pottier committed himself on a personal basis to the elaboration of draft Arctic Treaty, and advocated very much for the designation of Michel Rocard as Ambassador of France to Polar Issues. He had previously been, since September 2006, Chief of Staff to Christine Lagarde, then the Trade Minister, and deputy Chief of Staff to the Minister for Economy, Finance and Industry, Thierry Breton, after having served as Advisor to the Minister for Economy, Finance and Industry and deputy Chief of Staff to the Trade Minister since May 2005.
Before taking on these appointments, Mr. Pottier held several positions in the French Ministry of Finance, Trade and Treasury Department, in charge of public aid to developing countries from 2000 to 2002, and subsequently in charge of export credits from 2002 to 2005, Chairman of the National Export Credit and Guarantee Commission.

Mr. Pottier was an Economist at the World Bank in Washington DC from 1998 to 2000, specialised on Central European countries and the enlargement of the European Union. He directed several studies on intergovernmental fiscal transfers in Europe and on the economic transition of the new Member States.

Earlier in his career, Mr. Pottier worked for the French Ministry of Finance on the enlargement of the European Union, from 1994 to 1996, and participated in the WTO negotiations on financial services and in the OECD negotiations on a Multilateral Agreement on Investment, from 1996 to 1998.

A long-time admirer of the beauty of the Antarctic and the Arctic as a photographer, Stanislas Pottier also joined several scientific missions to Polar Regions since the late 1990’s. He co-founded the Cercle Polaire, a French non governmental organisation established in 2006 with a view to using Polar Regions as first hand laboratories to alert, find and disseminate solutions on the issues that will face the world in the coming years, and promote any action meant to improve their governance.

Stanislas Pottier graduated from the Ecole Nationale d'Administration (ENA) in 1994 and the Ecole Supérieure de Commerce de Paris (ESCP), in Paris in 1989. He also attended a university exchange programme with the Indian Institute of Management of Ahmadabad, in India, in 1988.