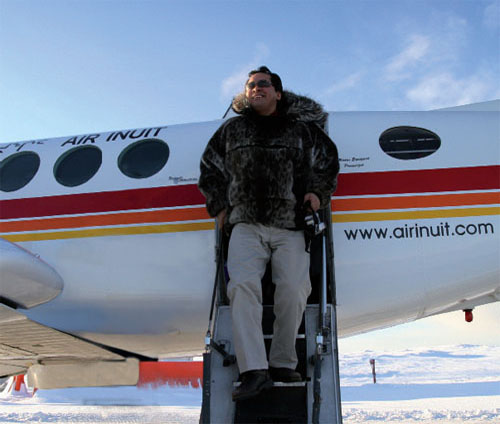 “In less than forty years, the Inuit from Nunavik went from life in igloos to high speed internet communications”

Pita Aatami is the president of Makivik, a company responsible for administrating indemnities received by the Inuit people of Nunavik – 10,000 individuals living in the north of Quebec. He is working to promote economic growth for the Nunavik and to preserve the Inuit language and culture. Elected “Hero of the year 2007” in the 2008 edition of Reader’s Digest, Pita Aatami is unanimously acknowledged as a leader in his community.