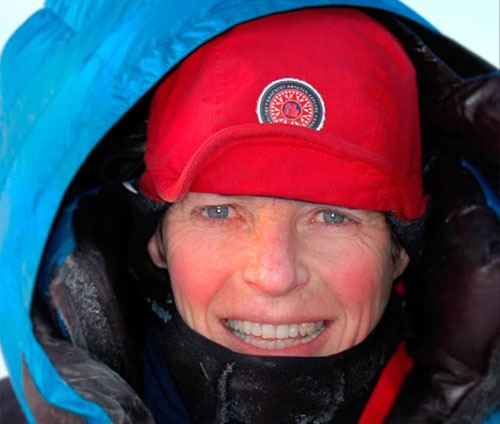 Liv Arnesen lead the first unsupported women’s crossing of the Greenland Ice Cap in 1992. Two years later she became the first woman to ski solo and unsupported to the South Pole, a 50-day expedition of 745 miles. Author of the book ‘Nice Girls do not Ski to the South Pole’, in 2001 she and American explorer Ann Bancroft became the first women to sail and ski across Antarctica’s landmass, completing a 94-day, 1,717-mile trek.