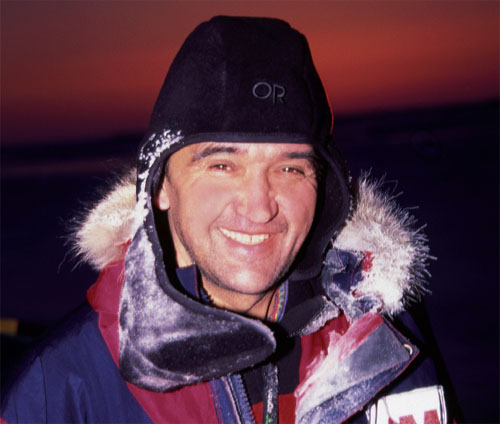 Dmitri Chparo is credited with more Arctic field trips than any other great explorer. Holder of a doctorate in mathematics from Moscow State University, he has undertaken out a number of Polar exploits including the crossing of the Arctic Ocean from Russia to Canada on skis via the North Pole in 1979. He and his son Matvey were the first to have skied across the Bering Strait from Russia to North America in 1998.