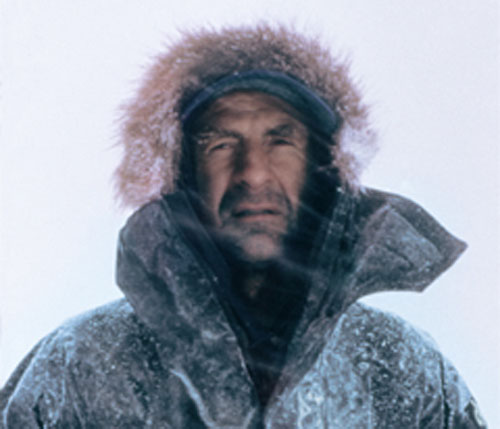 Sir Ranulph Fiennes led the first expedition to circumnavigate the globe on its polar axis by entirely surface travel, an endeavour never before or since completed by any route. He and Charles Burton became the first to reach both poles and cross both icecaps (1979-1982). In 1992-93 he and Dr Mike Stroud completed the first unsupported crossing of the Antarctic Continent, at the time the longest unsupported polar journey in history.