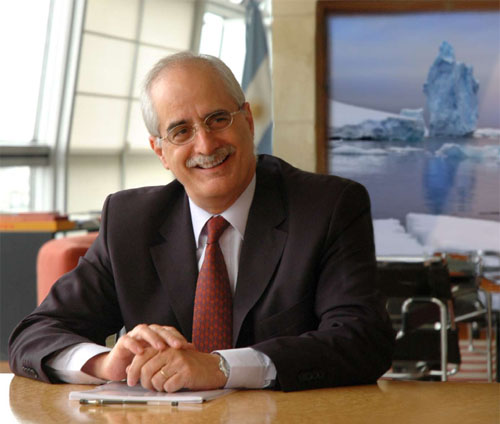 Jorge Taiana has been Argentina’s minister for Foreign Affairs, International Trade and Worship since 2005. Attaching great importance to the Antarctic spirit, he aims to consolidate his country’s sovereignty over the territories of South Georgia and the Antarctic Peninsula. In October 2007, he declared that he would block any demand by the United Kingdom to extend its rights to the continental shelf in this region.