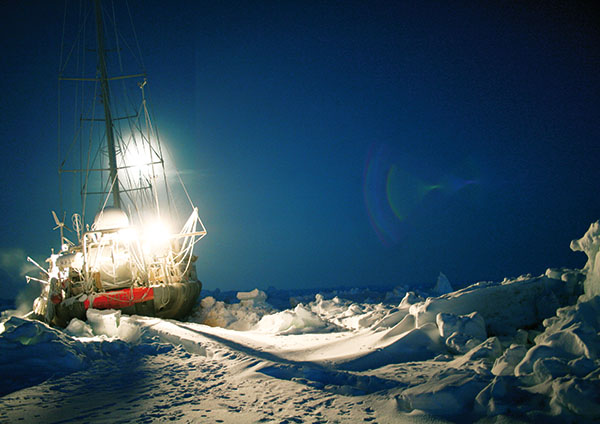 Tara dans la nuit arctique - Expédition Damocles, Côte de Sibérie
September 2006, the schooner Tara finds itself imprisoned in ice for what will be a duration of 507 days and will drift 5,000 km off course before it is freed to resume its scientific mission.