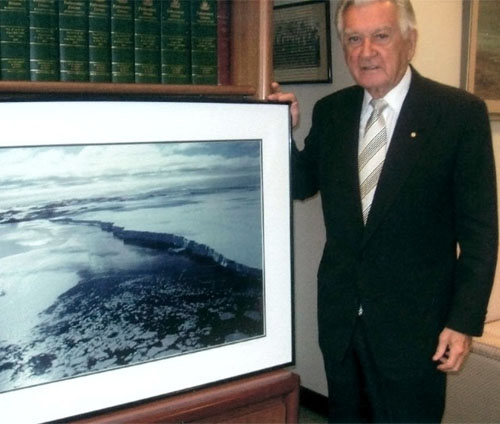 Robert Hawke has been a major political actor in the adoption of the third protocol of the Antarctic Treaty System. Born in 1929, he was educated at the University of Western Australia and Oxford University. He entered the Australian Federal Parliament in 1980 for the Australian Labor Party and became in 1983, Prime Minister, a position he held until 1991. He was made a Companion of the Order of Australia. He is the honorary co-president of the NGO le Cercle Polaire since 2011.