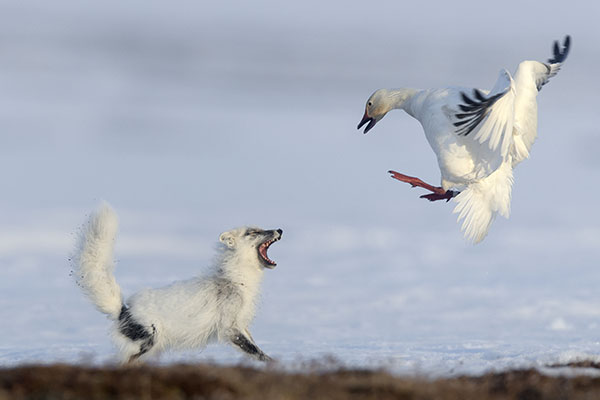 A Goose chasing an Arctic fox – Wrangel Island, Russia
The beginning of June. I’ve spent almost two months on Wrangel Island, photographing foxes and snow geese. This fox is not hunting a goose, but came to the nest for robbing the egg. In fact, this goose attacks the predator to protect its progeny. 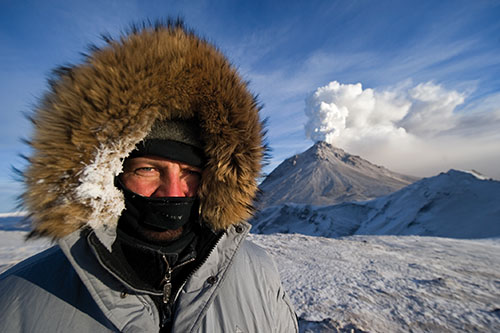 "The world that I see is in grave danger, and in recent years, the situation has become dramatically worse. If we don't do something soon, everything that we see today will be just a memory"

Taking picture of wild nature since many years, mostly in Kamchatka, Chukchi Peninsula, Taymyr Peninsula and Wrangel Island, Sergey Gorshkov is the founding member of the Russian Union of Wildlife photographers. His his goal is to preserve the richness of nature through photography His work has been largely awarded (Photographer of the year in Russia’ awards in 2007 and 2012, BBC Wildlife Photographer of the Year in 2007, 2009, 2012 and 2013 and many others in Italy and France). He organizes personal exhibitions and seminars in Russia and Europe and published 5 photo-albums.