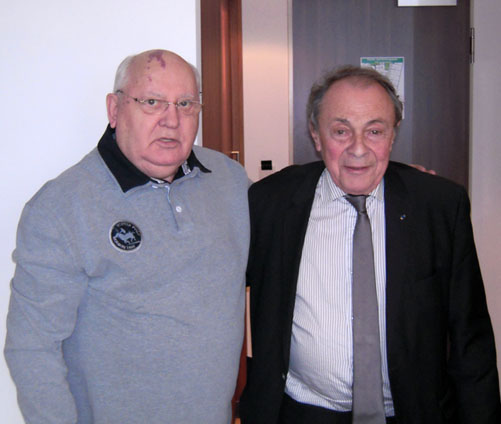 Honorary President Michel Rocard and founding President of Le Cercle Polaire Laurent Mayet recently met former President Gorbatchev to discuss the 1987 Murmansk speech where the latter envisioned the future of the Arctic. On the special occasion of this meeting, Le Cercle Polaire would like to invite you to read Gorbachev's historical speech on the future of the Arctic Ocean which is still of great interest for the present debate on the Arctic governance system. You will find below the complete version of Gorbachev's speech in Murmansk at the ceremonial meeting on the occasion of the presentation of the Order of Lenine and the Gold Star to the city of Murmansk, 1st of October 1987....

Michel Rocard and Bob Hawke hailed as "Heroes of the Antarctic" 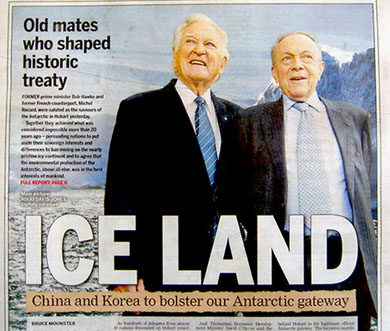 At the opening session of the XXXV Antarctic Treaty Consultative Meeting in Hobart, Tasmania, on the 11th of June, former prime minister Bob Hawke and former French counterpart Michel Rocard were saluted as "heroes of the Antarctic" by Federal Environment Minister Tony Burke.
Together they achieved what was considered impossible more than 20 years ago - persuading nations to put aside their sovereign interests and differences to ban mining on the nearly pristine icy continent and to agree that the environmental protection of Antarctica...